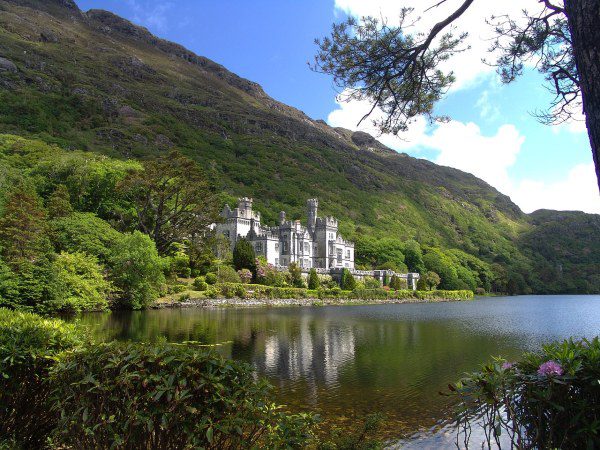 Ireland could easily be the most beautiful destination in Europe, with both Northern Ireland and the Republic enjoying some of the most spectacular scenery on the continent.

This is a land of rugged mountain peaks, dramatic lakes and loughs, windswept, wild coastline and epic national parks. It’s a stunning place to visit. Moreover, Ireland’s beauty lies not just in its landscapes, but in its charming towns, vibrant cities, and friendly, colourful villages, too.

Across Northern Ireland and the Republic of Ireland, there are 32 counties to discover. Each has its own unique history, heritage, culture and natural sights to explore. Deciding which to visit can be a challenge.

To help you out, we’ve put together our list of the 11 most beautiful counties in Ireland.

County Kerry could easily be the most beautiful county in Ireland – if there wasn’t so much competition, that is. Arguably, this is the most spectacular place to visit on the west coast. It’s also one of the most historic, as this is where tourism in Ireland really began.

County Kerry is famous for the Ring of Kerry, a 111-mile tourist route that takes visitors from Killarney and around the incredible Inveragh Peninsula. Tourists have been visiting here since the Victorian era, when wealthy travellers would hire a horse and carriage to take them around what became known as the Ring of Kerry in search of remote villages, crumbling medieval ruins and ancient stone circles.

While you might not be taking a horse and carriage these days, little has changed in terms of County Kerry’s wild and untouched nature. Start in Killarney by exploring the lakes, waterfalls, ruined abbeys and castles of Killarney National Park, before driving – or, if you have the time and the energy, hiking – from one small town to the next. Make sure to take a boat from Portmagee across the stormy Atlantic to the Skellig Islands, where you’ll find an isolated destination like no other in Ireland. 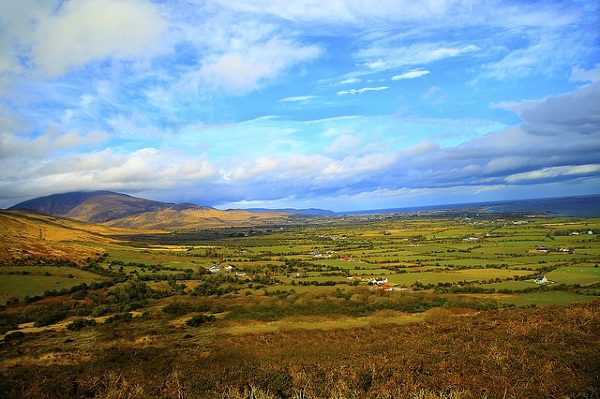 County Galway is where you can find some of the wildest stretches of Ireland’s Wild Atlantic Way. It’s a dramatic and rugged place to explore. The city of Galway is an exciting destination in itself, with a fantastic cultural scene to explore and some excellent food to try.

From Galway, you can take a boat to the remote Aran Islands, where Irish is still the first language and where you can find some of Galway’s most historic ruins and weather-beaten scenery.

Along the coast of County Galway, you can find striking cliffs, deserted castles and endless beaches. But it’s not just about the coast, as inland you have Connemara National Park. You can visit Kylemore Abbey, a stunning work of architecture on the edge of a lake within the national park, before tackling hiking trails into the mountains, and climbing Diamond Hill for incredible vistas over quintessentially Irish landscapes.

County Galway has culture, history and nature, which is why this is easily one of the most beautiful counties in Ireland.

County Clare is another beautiful county along Ireland’s Wild Atlantic Way, that’s equally as renowned as County Galway for its exceptional coastline. County Clare isn’t known for its towns or cities, but is instead known mostly for its dramatic natural scenery.

Along the coast, you can stand in awe on the edge of Ireland as you stare along the striking Cliffs of Moher. These iconic cliffs stand up to 150 metres in height, and they stretch for almost 10 miles. You can follow hiking trails along the top of the cliffs, and you can gaze out in wonder at the scenery before you, as you brace yourself against the fierce Atlantic winds that hurl themselves across the top of the rocks.

County Clare is also where you’ll find the intriguing landscapes of the Burren National Park. This fascinating area is a real wilderness on the west coast, where you can find an unusual number of karst rocks that form a unique sight as they stretch out far to the horizon. There’s nowhere else quite like the Burren in Ireland, which is why County Clare makes it onto our list. 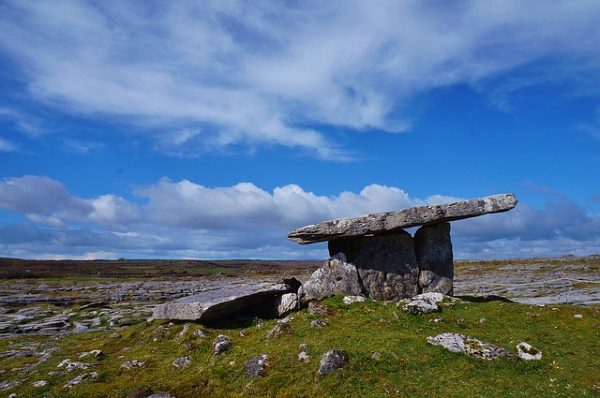 Found along the northwest coast of Ireland and also forming part of the extensive Wild Atlantic Way is County Mayo. This is a little more off the beaten track, especially in comparison to counties like Clare or Galway. But while it might lack the tourist numbers, County Mayo still boasts exceptional scenery.

This is Ireland’s third largest county, and you can rest assured that are plenty of wild places waiting to be discovered in Mayo. Travel along the coast, calling in at small villages and towns, including the likes of Westport, where you can climb the iconic peak of Croagh Patrick.

Croagh Patrick is one of the holiest mountains in Ireland because it’s where Saint Patrick supposedly spent day after day fasting. For centuries, pilgrims have been following in the footsteps of Ireland’s most revered saint, as they climb the windy peak.

There’s much more to see and to do in County Clare too. Prepare to be blown away by the beauty across the county.

Located on the southwest coast of Ireland, County Cork is home to Ireland’s second largest city and some superb rural destinations, thus making our list of the most beautiful counties in Ireland.

The city of Cork is second only in size to Dublin. But compared to the capital, you’ll rarely feel overwhelmed given the small town feel that pervades the streets. You can stroll through the English Market in search of delectable local dishes, admire the historic towers and spires of the local castles and churches, and discover the charming delights of local cafes and taverns.

County Cork though is Ireland’s largest county, so you’ll want to make sure that you manage to escape Cork, to see the rest of the beautiful locations in the region. Head to the coast to hike the Ballycotton Cliffs, a spectacular walk along Cork’s most dramatic seafront destination that is suitable for people of all ages and abilities. The hike takes around one to two hours depending on your fitness, and you’ll be able to spot birds, wildlife and feel the sea breeze as you hike.

Also along the coast, take the time to explore Cork’s smaller towns, which really give the county its unique character. At Cobh, you can see the last port where the Titanic stopped before its fateful voyage across the Atlantic. At Kinsale, you can find the most important port town in Ireland, and the forts and castles that have for centuries guarded this strategic location.

Inland, you can take a trip to Blarney Castle, perhaps the most well-known tourist site in the entire country where, if you dare, you can kiss the infamous Blarney Stone. 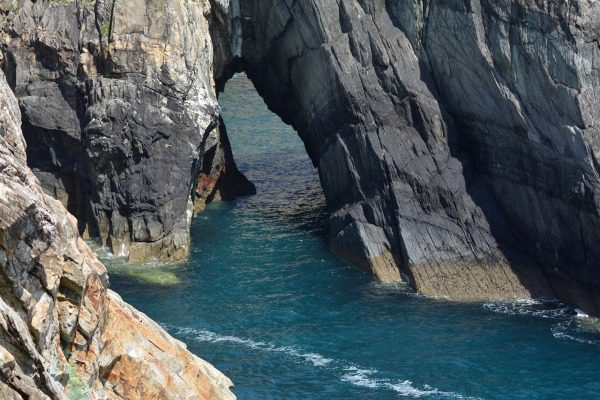 County Donegal is the northernmost county in the Republic of Ireland, with the stormy Atlantic Ocean to the west and Northern Ireland to the east.

It’s a fascinating place to travel. In this remote part of the country you’ll find there are many strongholds where the traditional Irish language and Irish culture are still very much thriving.

Head to the far north to see the isolated coastline and perhaps even to see the Northern Lights, if you are here in winter. The highlight of Donegal though is the impressive Glenveagh National Park, a huge area of beautiful wilderness that’s perfect for hiking and other outdoor pursuits.

Within the national park, you can also find the historic Glenveagh Castle, a Victorian-era estate that’s complete with elaborate medieval-looking turrets and ramparts, despite the fact it was built in the 1890s.

County Donegal is one of the most beautiful counties in Ireland, but it’s also a place where you can find solitude and tranquillity, the likes of which have been lost in other parts of the country.

County Sligo is located in Ireland’s northwest. This remote and wild land has long been the realm of romantics and poets.

It’s a beautiful place, with crashing waterfalls, rocky mountains and endless scenery to discover. The scenery is so beautiful that in the past County Sligo provided the inspiration for some of Yeats’ best work. Yeats is the famous Irish poet and playwright. Like many before and after him, the humbling landscapes of County Sligo captured his imagination.

In County Sligo, you can follow in the footsteps of Yeats and other writers by exploring the windswept coastline, visiting crumbling medieval ruins in the countryside, and letting yourself become lost in the outstanding beauty of one of Ireland’s most picturesque counties. 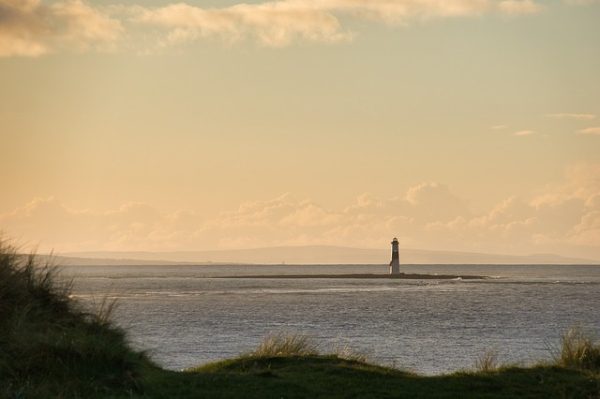 County Limerick is found in the southwest of Ireland, and is best known for the curious Limerick poems that may or may not have originated here.

Myths and legends abound in Limerick, and no one’s quite sure if the county actually is the birthplace of the Limerick. What is certain though is that this is a beautiful, cultural place that will capture your heart.

The city of Limerick is one of the largest in Ireland, but it’s never overwhelming. You can find a wonderful art scene and some fine food in the bustling heart of County Limerick

As well as this, you can visit the impressive St John’s Castle, a Norman-era fortress that has stood guarding the county for centuries and that’s one of the best-preserved castles in the country.

County Dublin might not be traditionally beautiful in the sense of sweeping landscapes or dramatic natural scenery, but it’s beautiful in terms of culture, diversity, and history. This is the nation’s capital and it’s difficult to visit Ireland without calling in, at least for a few days.

You can enjoy the vibrant nightlife in Temple Bar, tour through the Guinness Storehouse or the Jameson Distillery to learn more about Ireland’s most famous alcoholic exports, and visit the national museums and art galleries to learn about Irish history and heritage. 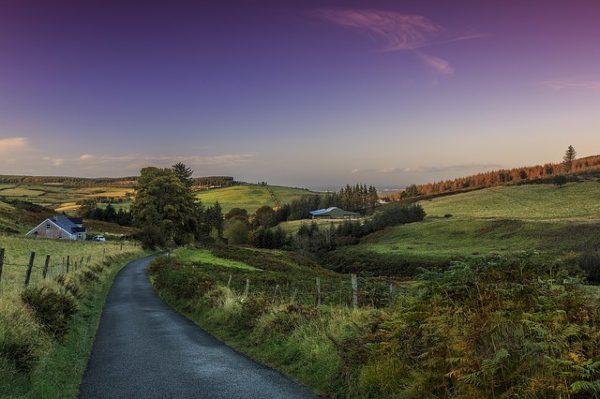 In Northern Ireland, County Antrim is arguably the most beautiful county in the country. County Antrim is a microcosm of the entire country, as within its long boundaries you can find cities, towns, villages, national parks, waterfalls, forests and coastal scenery.

County Antrim is where you’ll find Belfast, the capital of Northern Ireland and a city that boasts history, heritage and plenty of contemporary culture and attractions to explore. Visit the exceptional Titanic Museum, explore Belfast Castle, and wander round many museums to learn more about the country.

Head north from Belfast to the coast, where you can find one of the most exceptional natural sights in the entirety of the United Kingdom. The Giant’s Causeway is a beautiful, dramatic and otherworldly sight to see. Huge basalt columns formed from millions of years of geological activity rise from the ocean like a causeway built by giants. It’s a sight like no other in the world.

Also found in Northern Ireland, County Londonderry is one of the country’s six counties and it’s located on the far northern border with the Republic of Ireland.

County Londonderry is best known for its signature city, Derry, which is one of the most historic places in Ireland. The walled city is the second largest in Northern Ireland and historically has seen much political strife.

Those days have passed however. Today you’ll find a city that’s moving on and looking to the future, and you’ll be able to delve deep into the city’s heritage at the museums and castles.

The county is more than just this city though. It’s a beautiful place waiting to be discovered, with a remote and windswept coastline to the north and plenty of hidden rural villages and areas of beauty around the Londonderry.

If this has whet your appetite for exploring the Emerald Isle and visiting the most beautiful counties in Ireland, check out our fantastic range of Ireland tours or contact Overland Ireland to discuss your ideal Ireland experience with one of our Irish experts. 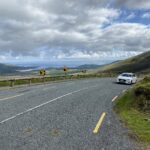 Overland’s Guide to Self-Guided Tours of Ireland
May 4, 2021admin

How to Plan the Best Family Vacation in Ireland
April 16, 2021admin