Connemara is one of Ireland’s most special places, and there’s nothing we could write about it that couldn’t be outdone by a gallery of photographs of the hills and valleys and the beautiful coastline. There is something about Connemara that makes it feel hidden — closed off from the rest of Ireland. Perhaps it’s the small roads and large hills, or perhaps it’s the craggy coastline with its twists and turns, looking on to the even more isolated ancient islands of Omey, Inishark, and Inishbofin. Connemara is a stop on the world-famous Wild Atlantic Way and it’s a stop on many of our small group tours of Ireland. So, today we’d like to take a few moments to sing the praises of one of Ireland’s most special places. If you’re not already planning your Ireland trip, you will be soon…

The idyllic countryside in Connemara and the locals’ love of horses, has led to pony trekking becoming one of the area’s most popular activities. While not a specific attraction, but really a whole host of attractions viewed on horseback, pony trekking in Connemara is such a special activity that we’ve added it to this list. While you go pony trekking across many parts of Connemara, we recommend opting for any route that treks along the coastline as they usually include at least one stretch along one of the area’s incredible beaches. And this leads us on perfectly to our next attraction…

As Ireland is an island, it has a huge coastline in relation to its area. There are so many beautiful beaches through our little country, but Dog’s Bay Beach in Connemara is, undoubtedly, one of the best. The soft white sand may remind you of warmer, more tropical climes, but the cooler temperatures will remind you that you are most certainly in Ireland! In the summer, though, this beach is warm enough to sunbathe and to take a little dip into bracingly cold Atlantic Ocean. Otherwise, this is Ireland and we’re not exactly known for our warm weather and sun tans.

Visiting Cong (the location of The Quiet Man)

Anyone who loves classic cinema probably knows and loves the legendary John Wayne film The Quiet Man. For many, the beautiful Irish scenery is what made the most lasting impression from the film, and almost all of the movie was filmed and set in Cong, in Connemara. Connemara’s rolling hills and lush green landscapes are almost hard to believe — looking more like the Ireland from a story book than anything real. Come to Cong and see this beautiful place first hand. Seeing is believing!

Ireland has over 30,000 castles, so you’ll understand the gravity of the claim that Kylemore Abbey easily fits into Ireland’s top ten castles, beating out the other 299,980 castles. In fact, we made a list of our top castles in Ireland, and Kylemore more than deserved its place on this list. Different to the old grey-stone ruins you’ll find around every corner of Ireland, Kylemore Abbey is such a light grey it is almost white, and this bright brickwork offsets its wonderfully against its lush green surroundings. Built by Mitchell Henry as a present to his wife (what a present) in 1871, this castle also has a cathedral and decadent Victorian mausoleum. Much of the land that formed the Kylemore Abbey estate later formed part of Connemara National Park. You will visit Kylemore Abbey as part of our Ultimate Ireland Tour.

No trip to Connemara would be complete without a healthy dose of nature. And nature doesn’t get much more beautiful than Connemara National Park. One of only six national parks in Ireland, this park only achieved ‘national park’ status in 1980. It is home to heaths, forests, bogs, and mountains — making it the perfect place to get your fix of the wilder side of Ireland’s countryside. There are local Connemara Ponies in the park to look out for, as well as foxes and a small population of red deer. There is also a beautiful mixture of birdlife, including sparrowhawks, kestrels, and peregrine falcons. If you see a falcon diving to catch its prey, you’ll be witnessing speeds of 200 mph, making it the fast animal on Earth. You will visit Connemara National Park as part of our Ireland to Island Tour and our guests always say it is one of their favourite places in Ireland.

There’s something special about walking to Omey Island on low tide. When the tide drops, you can walk there from the coast near the local Claddaghduff Church. This church has a car park, so it’s ideal for anyone planning to visit Omey Island. Just don’t park there when there’s a Sunday service as the parishioners will need the spaces. It’s just a 600m walk from the mainland to Omey Island, so it only takes between six to ten minutes, depending on how quickly you walk. Just make sure you check the tide forecast so that you aren’t stranded there longer than you’d like to be — although we can think of worse places to be struck for a few extra hours. The walk to Omey Island and a brief exploration are enough, but if you love exploring places of historical significance, then make sure to check out the ruins of Teampaill Féichín: a church built in the 7th Century.

That’s all we have time for today, but we’ve only really scratched the surface of what makes Connemara such an amazing place to visit. We hope we’ve inspired one or two readers to finally start planning their dream Ireland trip, and we’re more sure than no dream Ireland trip is really possible without stopping off in Connemara. If you’d like to design your own trip (or you’d like us to do this for you), then consider one of Overland’s tailor-made tours of Ireland, and please get in touch if you have any questions for us. What are you waiting for? Start planning your trip to Connemara! 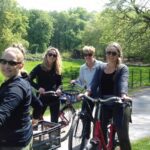 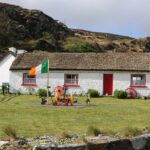 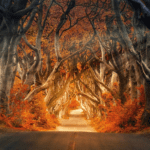 What are Some Unique Attractions to See in Ireland?
December 3, 2020admin 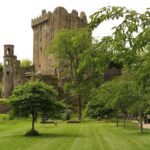 Why You Should Kiss the Blarney Stone
September 8, 2020admin