Game of Thrones – the book saga and the TV series – is one of the biggest accomplishments in media and the arts in the last 100 years, rivalled only by the phenomenon of Star Wars and Harry Potter. The show’s sixth season got 25.7 million viewers, which is unparalleled, and the seventh season premiere broke records when 16.1 million total viewers tuned in at the time of the broadcast.

As the most expensive show in the world, it’s not surprising that its popularity has grown and grown – they have the budget to create spectacular scenes, shooting all over the world, and it shows. For instance, in the second series, the “Blackwater” episode cost $8 million, and the sixth season in total had a budget of $100 million for only 10 episodes.

For all the hype surrounding the show, it’s the real-life locations that are used time and again to create iconic scenes, which are one of the biggest attractions to come from the show. Unlike so many hit TV and film creations in recent times, Game of Thrones actually films on location, rather than using CGI and a green screen – for most of it, obviously the dragons aren’t actually real. As a result, Ireland, Iceland, and Croatia have all benefitted enormously from being featured, with Game of Thrones bringing more than $224 million to the area in the form of filming expenses, tourism and more.

Here at Overland Ireland, we’re keen to offer tours and destinations that our customers are interested in, and people are clearly interested in Ireland and Game of Thrones. Our Jewel Tour is the ultimate tour around the Emerald island, visiting some of the best-loved landmarks as well as off the beaten track hidden gems. The tour is designed to be relaxed, focussing on authentic experiences that capture the real Ireland: think castles, picture-perfect villages, and epic scenery. You’ll be left wondering why more of the show wasn’t filmed in this mythical land.

But before you head off, sit back for a moment and think about the show. For all its viewers, massive budget, amazing locations, and even more incredible actors, just how closely are the 25.7 million people watching Game of Thrones? Could you tell the difference between King’s Landing and the Red Keep? Could you survive the trek across the Dothraki Sea, and escape the House of the Undying in Qarth?

Westeros is a wild place, and only by knowing every cave, every beach, every city, and every road will you be able to instill fear in the hearts of the white walkers and claim your rightful place on the Iron Throne.

And remember, when you play the Game of Thrones, you win or you die.

May the old gods and the new smile upon you. 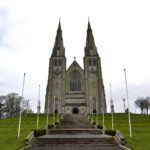 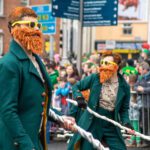 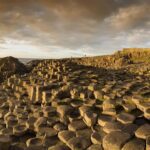