Galway is one of west coast Ireland’s most popular tourist destinations, because it’s one of the most vibrant and exciting cities to visit in the country. Galway is a city of food, history and culture, but more than this its coastal location means that it’s within easy reach of some of Ireland’s most spectacular scenery.

You can explore the ramshackle streets of the city, indulge in an array of culinary delights, both local and international, delve into museums, visit historic castles, and travel along the Wild Atlantic Way. There are remote islands to see, rugged national parks to hike through, and picturesque lakes to admire. There are a lot of great things to see in and around the city, so to inspire you to travel to Ireland, here is our ultimate list of things to do in Galway.

Galway is brimming with food, culture and history. The city is a haven of gastronomic delights. You can find live music being played almost any night of the week in the many bars and cafes across Galway, while buskers take to the streets to play to the crowds. There are intriguing museums that tell the tale of Galway’s history and traditions, and some wonderful castles and heritage buildings to explore too.

A great way to start your trip to the city is to join a walking tour of Galway. The city centre, with its maze of historic streets, is perfectly suited for exploration on foot, and Galway is full of quirky surprises, legends and hidden history. With a local guide showing you around, you’ll learn much more about the city than you ever could on your own. 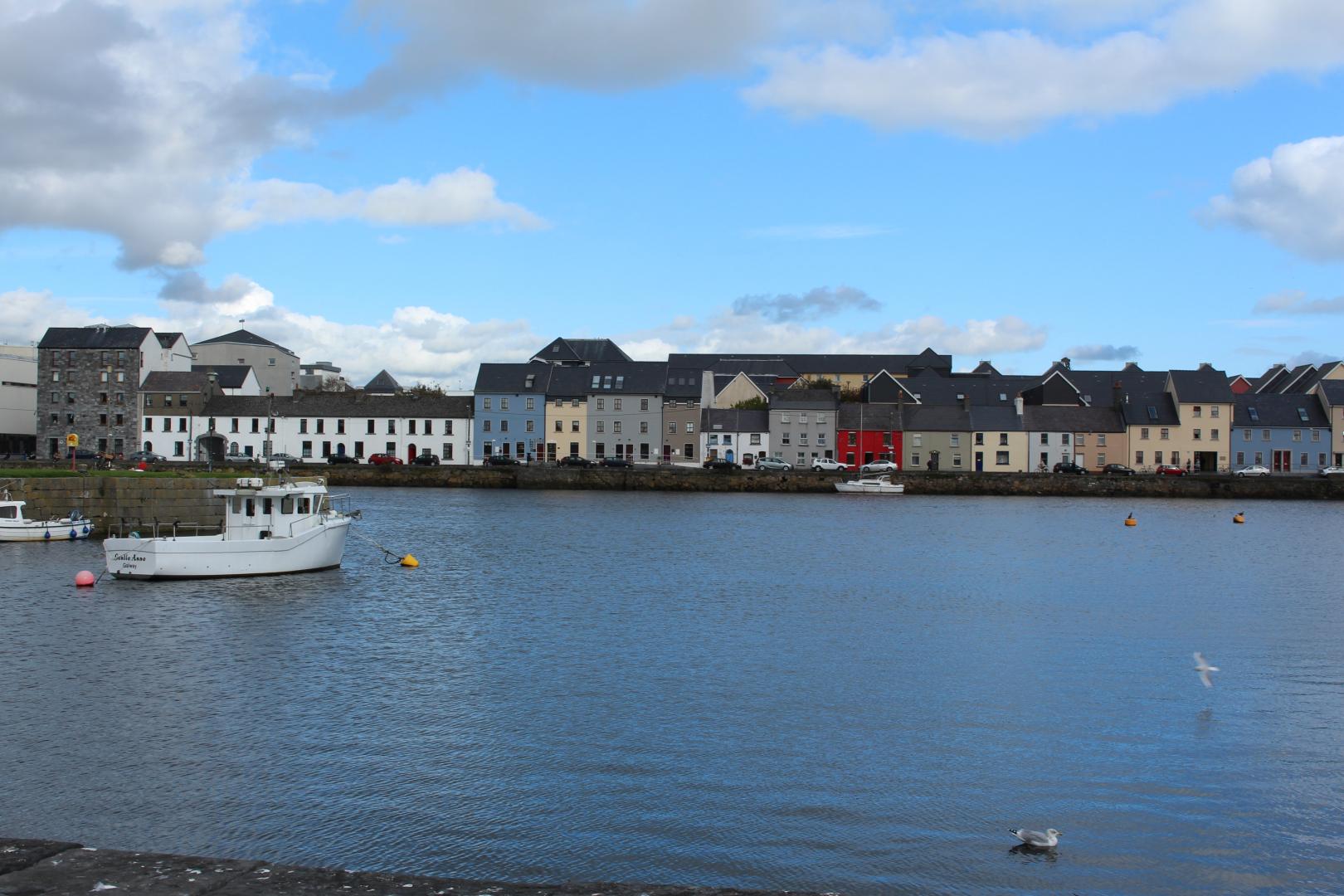 The Latin Quarter is one of the most historic parts of Galway, and it’s a great place to soak up the culture and to learn about local history. The medieval streets have retained much of their unique character and heritage, and you can wander past old buildings and shops while enjoying the bustle of the narrow roads. You’ll find great cafes, bars and restaurants in the Latin Quarter, and there are always some exciting events taking place here.

Eyre Square is a central, public square in Galway that’s always overflowing with people, tourists and locals alike. Part of the square is completely pedestrianised, making it a wonderful place to stroll through and to people-watch. There are green, grassy areas and, when the sun is out in the city, it’s a happening place to be.

The Galway City Museum is the best place to visit to dive into the local history. Best of all, it’s completely free. Located in the historic centre of Galway, the museum has several floors of exhibitions that take visitors through the long history of the city.

You can learn about pre-historic Galway, the first humans to settle along the west coast of Ireland, and discover how the modern city developed from its walled medieval days through to the present. The museum also hosts many temporary exhibitions, which change regularly but generally focus on unique cultural or historical aspects of Galway.

Found next to the Galway City Museum, the Spanish Arch is one of the most iconic sights in town. The large stone structures were built during the medieval period to protect the banks of the River Corrib against attack, and the two adjacent arches are some of the last surviving examples of the extensive fortifications that once surrounded the city.

Galway Cathedral is one of the must-see buildings in the city. The huge cathedral overlooks the river and its huge dome and pillars dominate the skyline. The cathedral was designed to architecturally replicate the Catholic Renaissance styles popular in past centuries across the continent, but it actually only dates back to the mid 19th century. It’s a fully functioning place of Christian worship, but visitors are welcome to explore inside.

The Kenny Gallery offers visitors the chance to view one of the most impressive collections of contemporary Irish artwork in Galway. The gallery was established back in the 1940s and ever since has been one of the premier locations for exhibitions in the city, attracting some of the best artists and their work from across the country and from further afield too. The gallery also acts as an art shop, and you’ll find many great local works for sale here. 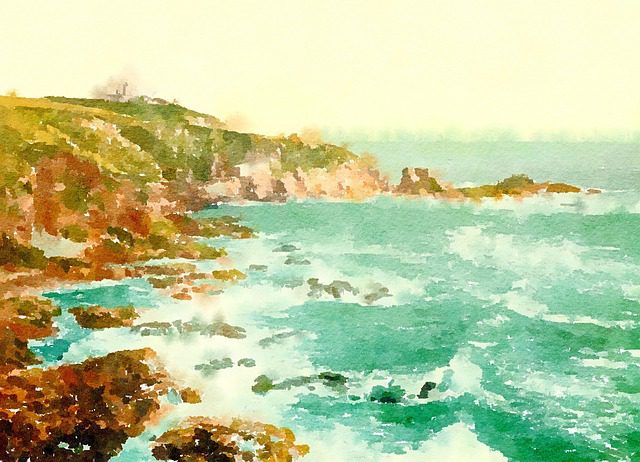 Lynch’s Castle is one of the best surviving examples of a local town castle, which were popular in the late medieval period. The fortified stone building stands out amongst the rest of the street and dominates the road it’s found on in the centre of Galway. It was built by one of the most powerful local families in the 15th century, as a way to protect them in an often-turbulent period of Irish history.

The Lynch Memorial Window has an unusual story behind it, and is found close to the St Nicholas Church in the historic part of the city. The Lynches – the same family who built the iconic Lynch’s Castle – were a prominent noble family in Galway. In the late 15th century, James Lynch Fitzstephen was both mayor and magistrate, and his family were caught up in a murder case, as his son killed a merchant in the city.

The father condemned his son to death and went as far as to personally hang him from what is now called the Lynch Window. Local legend insists that this is where the English term ‘lynching’ is ultimately derived from, but it’s unclear if this is actually true.

Galway Bay has long stirred the imagination of poets, musicians and artists, because it’s one of the most stunning coastal locations along the west coast of Ireland. Many a song has been written about the bay, and when you visit for the first time you’ll quickly realise how it’s garnered such romantic connotations.

The city is built along the edge of the bay, and you can find beaches, windswept coastline and incredible views out to sea. You can even take boat tours across the bay to fully explore its natural beauty. 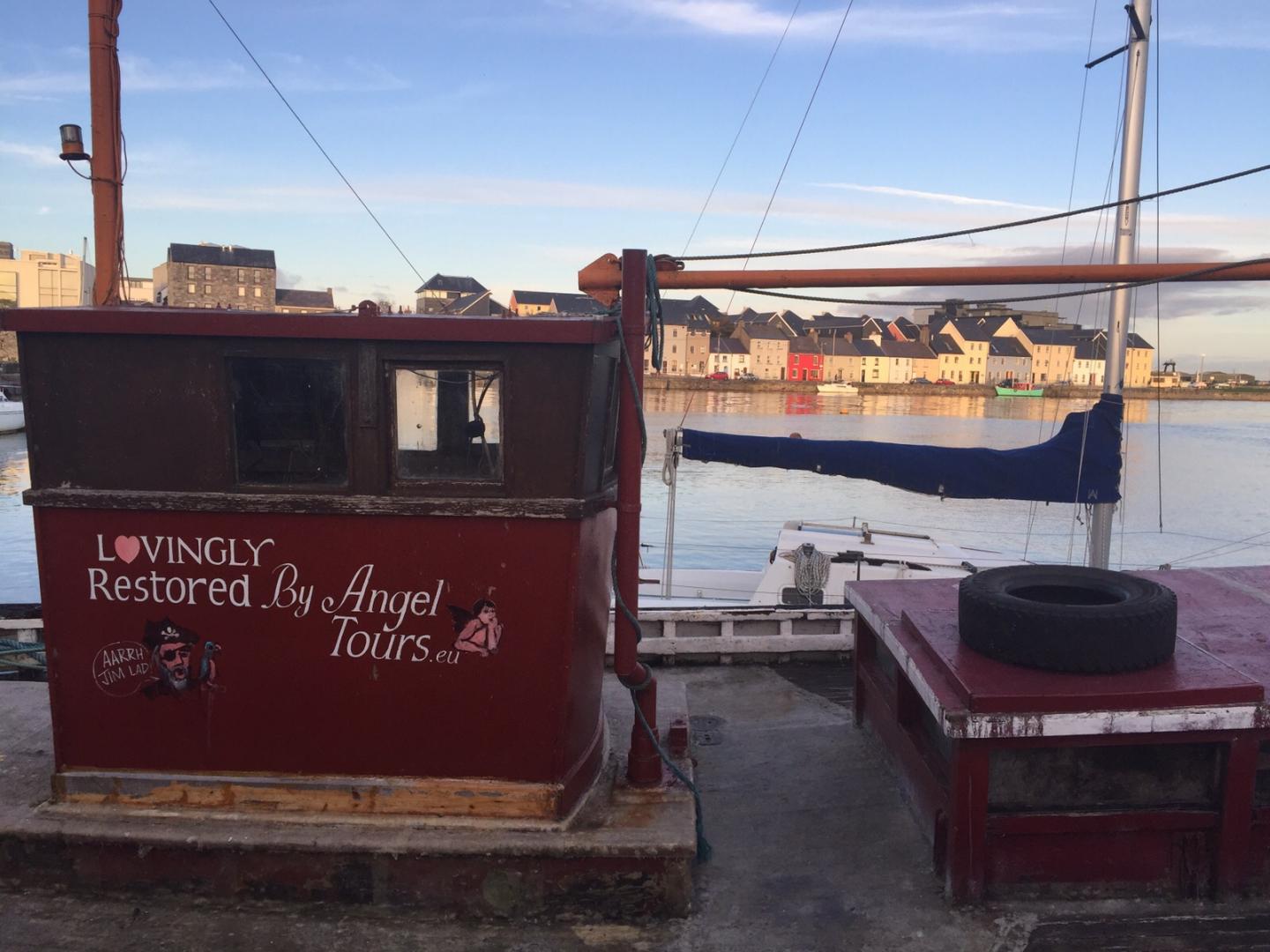 Mutton Island is a small island that’s found in Galway Bay. It’s close to the mainland, and you can easily see it from the city being battered by the tides. A long causeway leads out from the coast for over one kilometre, allowing visitors to walk across from Galway to Mutton Island. There’s not much to see on the island itself, but it makes for a great viewpoint.

Galway’s busy open-air market has been held in the city for hundreds of years. It’s a vibrant, bustling place to be, and you can find the vendors set up on Church Lane, next to St Nicholas’ Church. If you are looking for a few souvenirs from your time in Galway, then at the market you can find a fantastic selection of locally produced handicrafts.

If you are a bit of a foodie, then you can find plenty of great street food stands here where you can indulge in some local fare. The Galway Market is held every Saturday and Sunday from morning through to the afternoon. During the summer, the market is sometimes open on extra days throughout the week, to cater for an increase in tourist numbers during the high season.

Head to the seaside just outside Galway to visit the popular Salthill Promenade. This two-kilometre boulevard follows the coast along the Galway Bay, and is a great place to get catch some fresh air and enjoy the outdoor scenery. It’s busy all year round, but particularly so in summer, when locals and tourists are out enjoying the sunshine. You can find plenty of great bars and restaurants overlooking the water, making it a great place to spend the day and to escape the city centre.

Lough Corrib is the largest lake in the Republic of Ireland, and it makes for a great day trip from Galway. The Corrib River is the main river in the city, and it connects the city to the lake, which is found just to the north of Galway.

A local company, Corrib Cruises, run daily boat trips that take visitors across the lake, passing crumbling castles and offering the chance to spot wildlife on the water and the surrounding banks.

Dunguaire Castle is one of the most iconic landmarks found anywhere in Ireland, and is located just along the coast from the city of Galway, on the other side of the bay. The medieval castle dates back to the 16th century when it was built to protect Galway Bay, and ultimately the city too.

It’s found in a dramatic location and is a wonderfully restored example of Irish, medieval construction. You can tour the ramparts, the tall defensive tower, and explore the grounds of Dunguaire Castle on a short day trip from Galway.

Galway is a cultural paradise and the city attracts musicians from across the world looking to play to the local crowds and to tourists. Most nights of the week – and more so in summer, peak season – you’ll find live music events being held in at least one location somewhere in the city. Usually though, you’ll be spoiled for choice, as there are a great many bars, pubs and restaurants entertaining the crowds with performers.

Galway is great for foodies, with a huge selection of local and international food on offer across the city. Taking a food tour is the perfect way to experience the culinary delights of Galway, as you’ll be taken to some of the city’s best local locations, serving up some of the best traditional Irish fare. 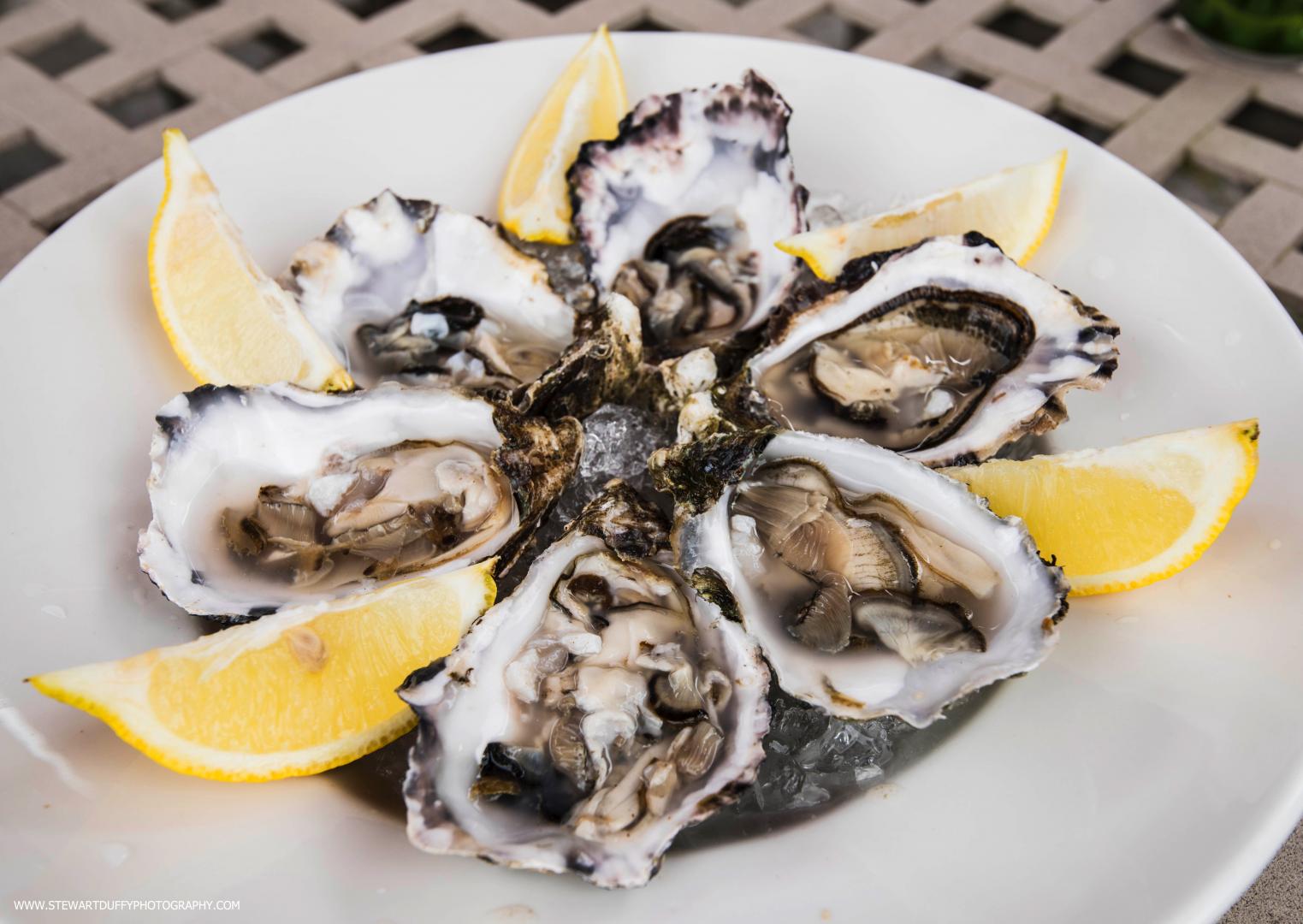 Adventurous Things to do in Galway

As well as the food, history and culture, Galway is a great base to explore the surrounding region, and you’ll find plenty of opportunities to take on adventurous challenges in the rugged Irish outdoors.

The Cliffs of Moher

The Cliffs of Moher are one of the most dramatic sights to be seen anywhere in Ireland. For almost 10 miles, the windswept cliffs are battered by the Atlantic Ocean as they extend along the coastline, forming part of what’s known as the Wild Atlantic Way. You can hike along the edge of the Cliffs of Moher if you don’t mind braving the tumultuous weather and the heights, as the cliffs are raised up to 120 metres high in some places.

Just south of Galway is The Burren, one of the most spectacular national parks in the region. This barren land is as sparsely populated as it is rugged, and it’s this sense of isolation that gives The Burren its real beauty. There are great opportunities for hiking through the karst landscapes and getting to grips with the wild nature of west Ireland.

Far out in the Galway Bay are some of Ireland’s most remote communities. A trip to the Aran Islands is about as adventurous as you can get, as you brave the stormy waves to reach this collection of three small, windswept islands. Aside from the dramatic vistas, the Aran Islands are unique, because most of the locals still speak a local dialect of Irish as their first language. Due to their isolated location, the islanders managed to retain more of their culture than on the mainland, making this an intriguing destination to visit. 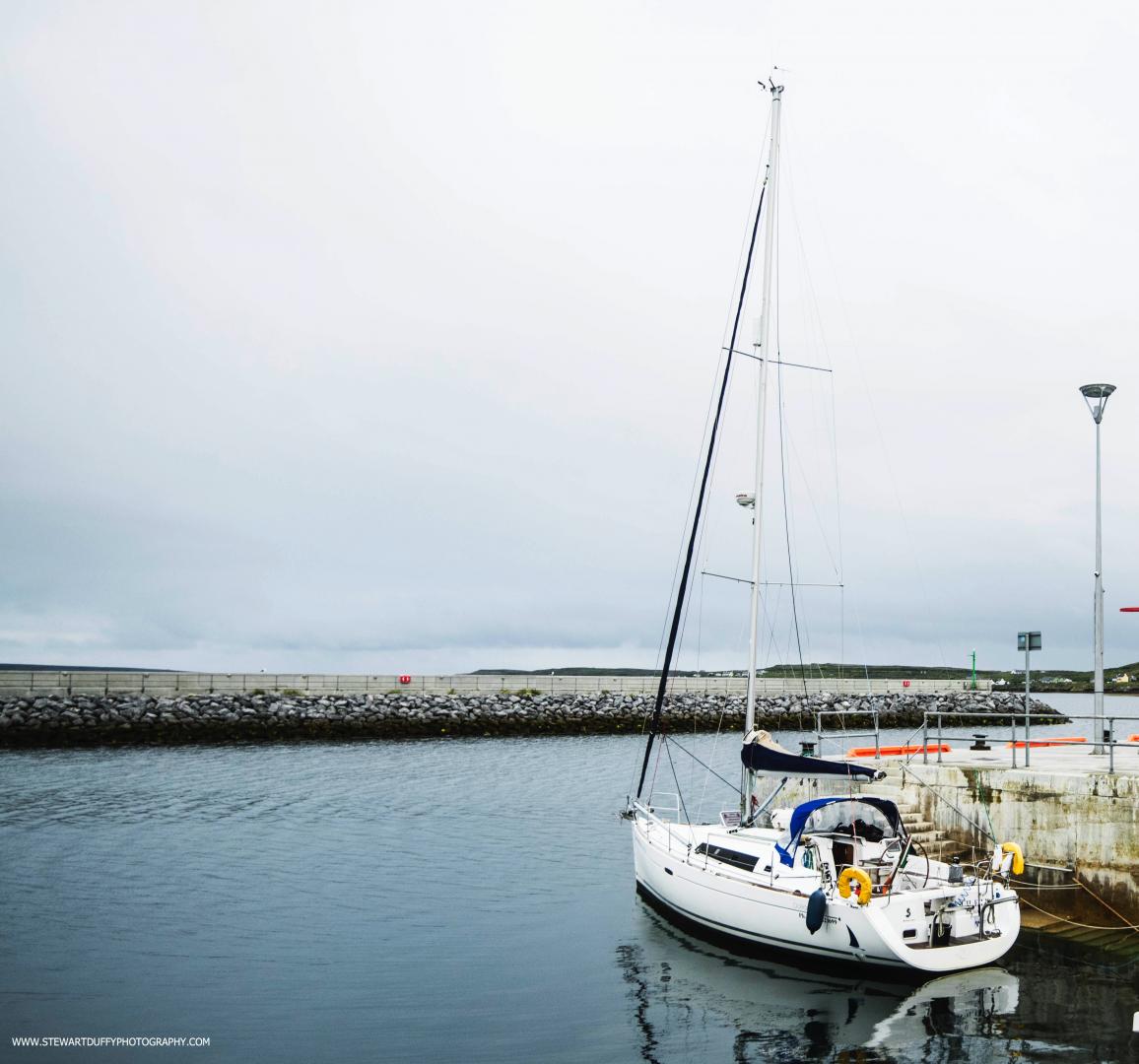 To the north west of Galway, Connemara National Park offers the chance to enjoy pristine nature in dramatic surroundings. This large, protected area is home to mountains, rivers, forests and bogs, and it’s an excellent location to strap on the hiking boots and to walk along the network of trails that crisscross through the landscape. 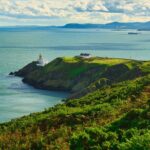 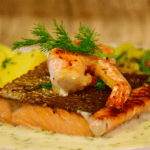 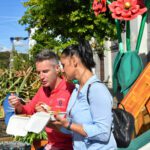